GTMetrix Speed Test Results (With and Without) Hummingbird Pro Plugin

GTMetrix tool is one of the ways of testing page speed. Server location and browser settings can be different.

Page speed is one of the important ranking signals. Load time less than 3 seconds is a good indication of a well optimized site.

Images and Video content will add to the already congested space.

Plugins will produce their own static and on-demand files.

Hummingbird WordPress Plugin – What does it do?

In my case-study I found that it does not give a good Core Web Vitals and page optimization score.

GTMetrix used by many WordPress users and developers.

For this purpose, I am using AMP and desktop version of the same page. Same location and browser used.

It is very much close to Google PageSpeed Insights tool.

LCP and CLS shown in Search Console tool, if it’s a big site.

Warnings and errors, if any issues.

Using Hummingbird page speed optimization plugin, I expected that it would be “A” grade.

It gives a clear indication that one plugin cannot do it all.

After May 2021, Core Web Vitals and Page Experience are going to be part of the signals.

FCP was in red. LCP was in orange. CLS was green.

It indicates that the site requires more optimization.

Hummingbird could not remove this error.

In this case, page speed metrics were moderate. Improvement needed in terms of speed index.

The mobile pages were served using AMP for WP plugin.

It makes the site load blazingly fast on Android and iPhones.

GTMetrix Score was “B”.

It has improved over the desktop optimization score.

LCP and CLS metrics not much different between desktop and mobile.

FCP improved to orange. TBT was also 0 ms, compared to 179 ms on desktop.

I uninstalled the plugin including the transient options.

The desktop and AMP version of the same pages were tested using GTMetrix.

Since the site was not having any third-party ads, Core Web Vitals did not show much variation.

Only LCP values were higher without using Hummingbird Pro plugin.

TBT and CLS were within limits. The second screenshot was taken after second iteration.

That’s why slight variation could be seen. TTFB and Fully Loaded time were within good range values. 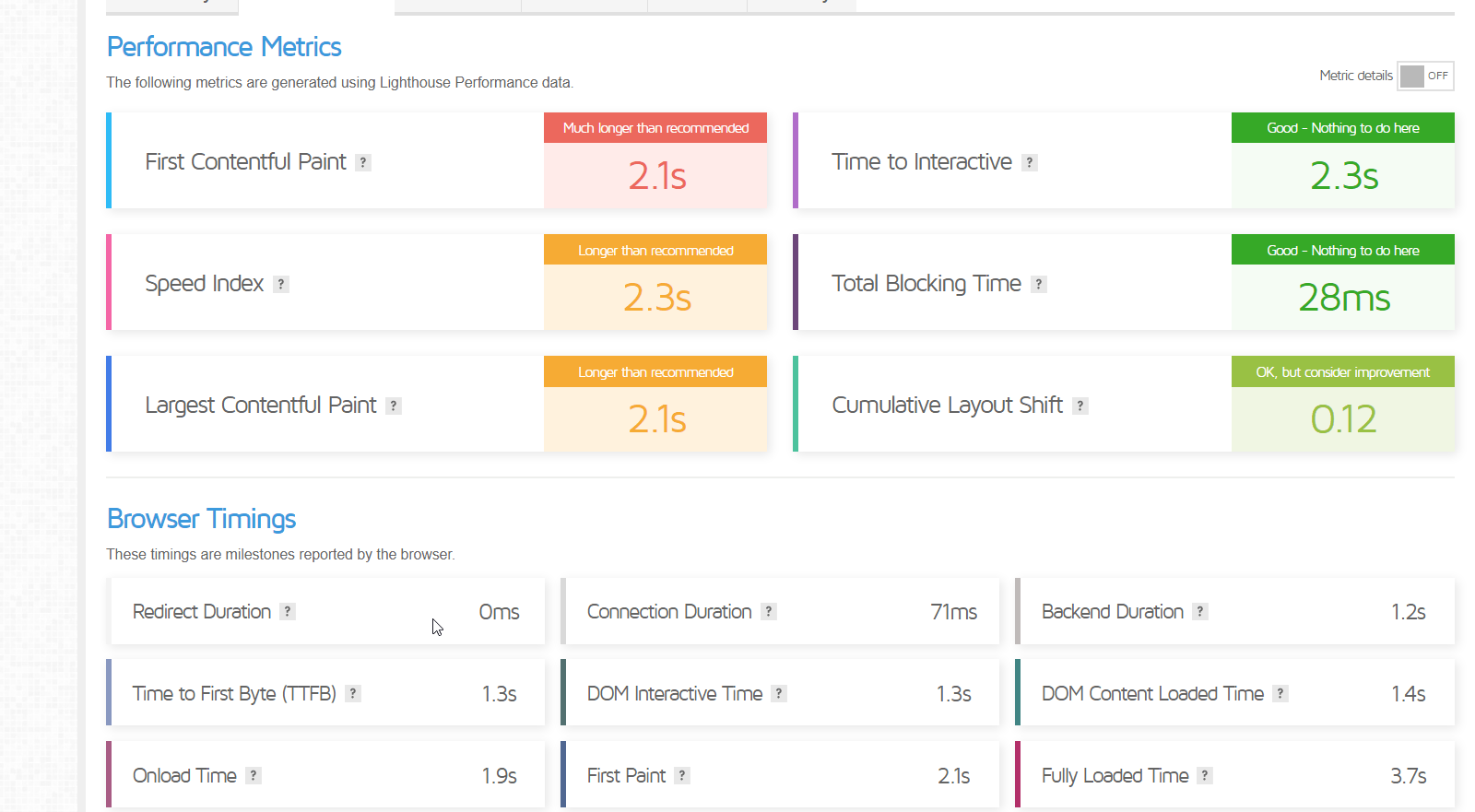 Without using Hummingbird Pro, there was slight change in the Core Web Vitals.

GTMetrix degraded to “C” without using the above web page speed plugin.

But except for FCP, others were in orange or green.

Since mobile indexing is of priority in getting better results in search engines, it is better to use AMP and Hummingbird Pro together.

Also, as per the recommendations of the speed plugin, if we can move the CSS which not required to below the fold or to footer, you may get better results. 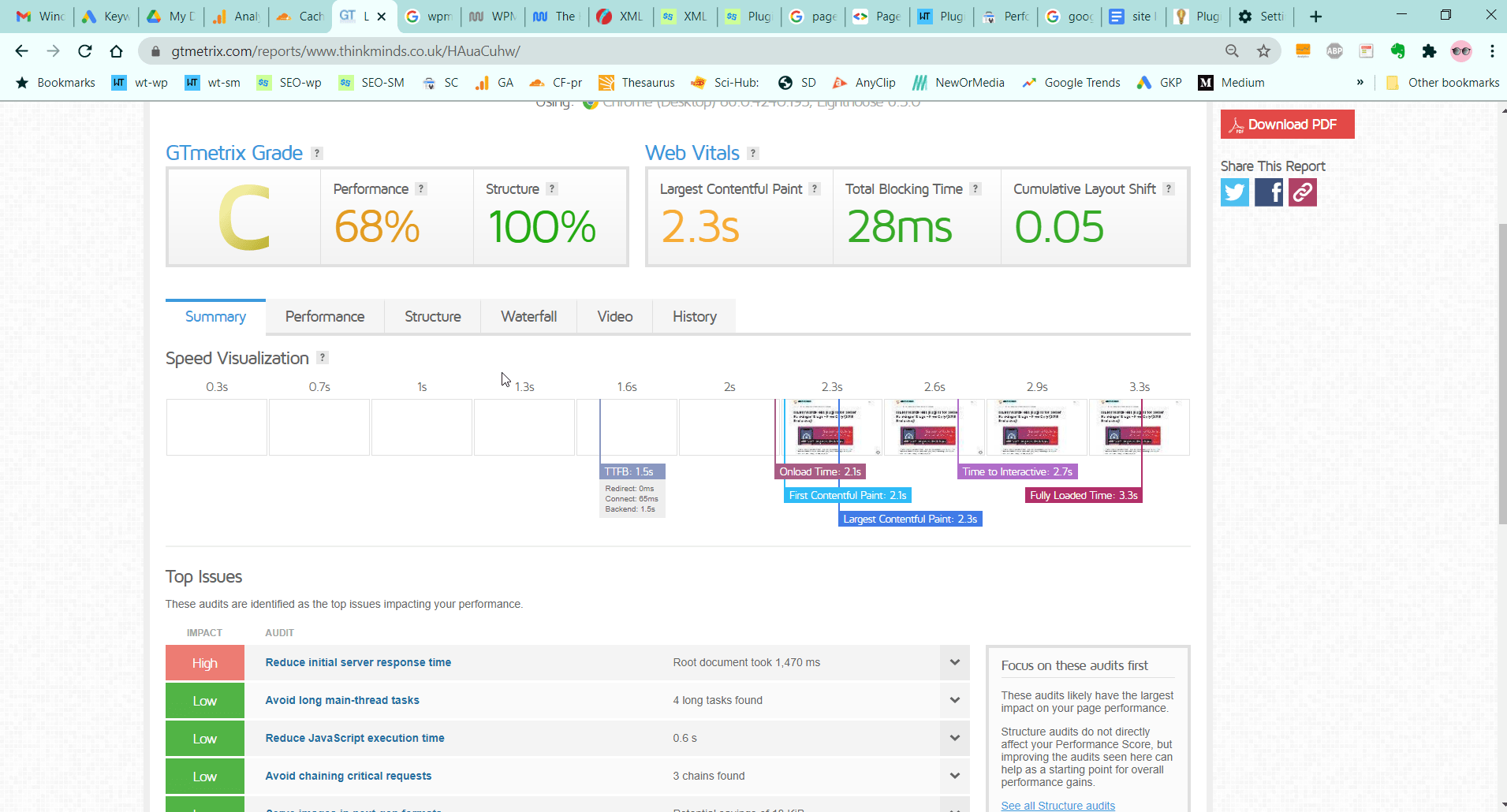 GTMetrix speed test carried out on a minimal site with and without Hummingbird plugin.

The site was by itself loading fast enough. Since we were using an AMP plugin, the speed index and LCP values were GOOD without the plugin.

Since there were no movable elements, CLS also gave a PERFECT score.

These two tests indicate that a good server with CDN and fast theme, should do the job for normal WordPress websites.

But if you are having large number of images and resources, then optimization plugins will come into play.

Until then, Hummingbird Pro doesn’t make a difference if the server is fast enough and theme is speedy. I don’t recommend using this plugin.